Advertisements are placed here by Google, and in no way imply endorsement by The Political Compass ™ or Pace News Ltd.

Welcome! It’s timely to stress that The Political Compass has been on the internet since 2001. The uniqueness of our take on politics is reflected in the gratifyingly enthusiastic reviews we’ve enjoyed in the national media of many countries from our earliest years — as well as from many teachers and academics who continue to use our work.

Read more about our work here.

Find out where you stand on The Political Compass

German and US Conservatives have Little In Common

While across the US the German election has been depicted in the mainstream media as a defeat for the ruling Conservative (Christian Democrat) Party, the reality of conservatism in Germany — and most of Europe — is that it bears little resemblence to what it means to Americans.

Prime minister Justin Trudeau, after just two years of minority government, has called an election with the shortest campaign period that the law allows. He wants …

Was Hitler a Socialist? 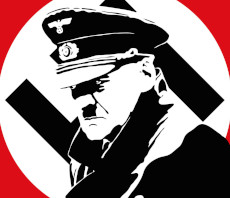 A professor of international history debunks a widely-held myth among Americans.

The Political Compass in a nutshell

Our amusing video explains so much in less than 5 minutes!

Shame on you, Die Zeit!

The German Press Agency (DPA) described us in 2001 as A way out of the political woods. Arguably one of the most challenging new interactive websites to pop up in cyberspace. Now Die Zeit presents our essential work (unacknowledged) in a seriously flawed version.

Anarchist thinkers, their ideas, and the extraordinary story of an often misunderstood strain of radical political thought.

Matthew Adams is an historian of British intellectual history, with a special interest in the development of anarchism as a political tradition.

What your garden reveals …

Ideological Music
from all Compass quadrants!