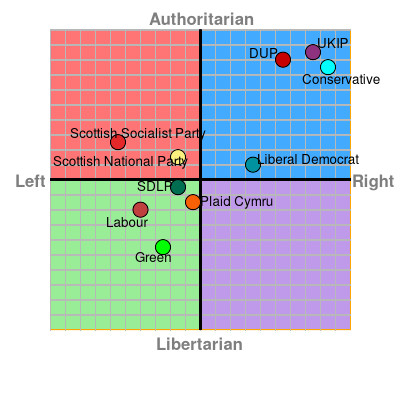 This isn’t a manifesto-driven election. It’s a Brexit election, with the Tories successfully playing down internal divisions and presenting themselves as the hard Brexit party, cleverly snatching UKIP’s elctoral base in the process. The Lib Dems are firmly established in the public mind as the pro EU party. And the Labour Party? A big chunk of the public doesn’t seem to know, or care. Anti-EU feeling is widespread in many traditional Labour heartlands, where the Conservatives seem set to gain an unprecedented foothold. Meanwhile Labour’s predominantly pro-EU metropolitan voters may look towards the unambiguously anti Brexit Liberal Democrats and even the Greens in significant numbers. Many of them may regret that the Labour leader refused the allied anti-Tory front proposed by the Greens’ astute co-leader Caroline Lucas.

Labour goes into the fray further wounded by the recent municipal election results, and an extraordinarily hostile media. Academics from the London School of Economics and elswhere have reported on the disgraceful level of misrepresentation that the Labour leader has shouldered. It is perhaps unsurprising that a predominantly neoliberal press would take a dim view of Corbyn’s commitment to overthrowing the prevailing economic orhodoxy. It’s a measure of how far the political fulcrum has shifted to the right that Corbyn is depicted as off-the-wall left, while his mentor and ideological soulmate, Tony Benn, held several cabinet posts in pre-Blair administrations. On further reflection, Benn, unlike Corbyn, had a commanding presence and a line in self-deprecating humour that sits well with the British public. Labour’s almost inevitable defeat may not be quite as devastating as predicted, and it could, paradoxically, put Corbyn in a stronger leadership position. The party’s most vulnerable seats are largely held by Blairites, whose defeat or possible post-electoral defection to the Lib Dems would leave the Labour leader with a seriously diminished but ideologically more coherent — and infinitely more manageable — party.

Divisions over Europe have transcended the usual left-right economic divide. Those well-informed enough on the left to recognise the benefits of the Social Chapter greatly value it, but despise the neoliberalism that prevails in the member states and, therefore, in Brussels. On the right, the present economic complexion of Europe is largely seen as fine, while the Social Chapter is ‘interference’. Brexiters, in their anxiety over immigration, seldom seem to connect the dots between the lifting of borders for the free flow of capital and the consequential relaxing of the borders for a freer flow of people. Predictably, one survey has shown that more than half of Brexit’s supporters hope to see capital punishment — a key indicator of the authoritarian personality — reinstated in the UK.

How successfully Theresa May manages to ram the barricades of Labour’s heartlands; how well the Scottish Nationalists perform, and whether this Brexit election is the sorely-needed lifeline for the Liberal Democrats and their nationally untested leader, Tim Farron, are crucial questions in this most bizarre of elections.

If voters move their sights beyond Brexit, they’ll notice that this time around they’re being offered the greatest contrast in vision in more than thirty years.

Given the diversity of political opinion within some parties, our chart necessarily depicts the positions of present party leaders. Should significant policy changes be announced during the campaign, the chart will be updated accordingly.

Here is our updated chart of the way the UK parties have moved over the years.